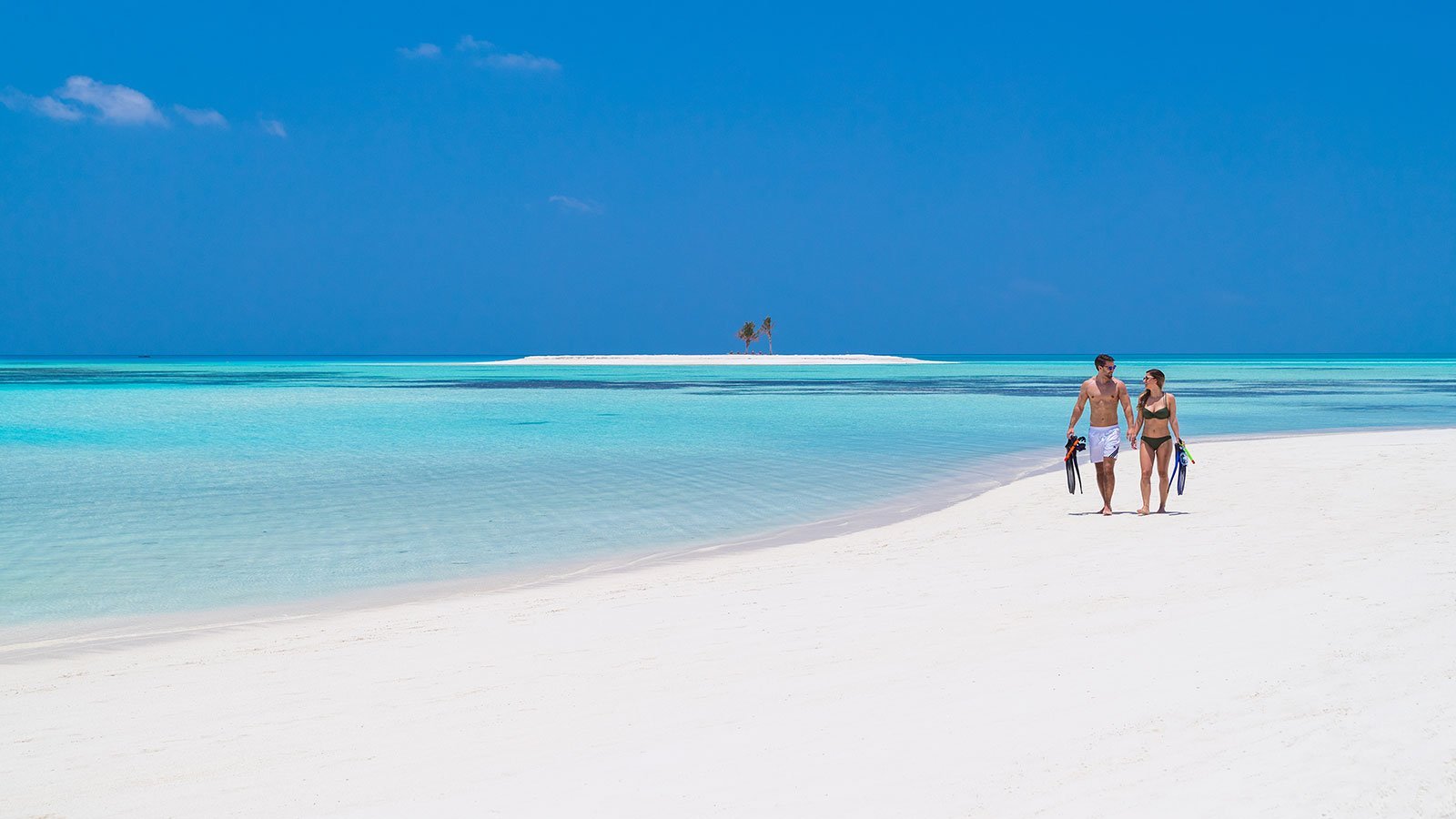 Thanks to its location close to the Equator, the Maldives receives plenty of sun throughout the year. No matter during which month you visit, you can expect the day air temperature to vary between 27°C and 30°C. Nights are warm too. Water temperature is fairly constant at a balmy 28°C.

Any time is a good time for fun in the sun at Innahura and the Equatorial climate results in minor variations in temperature, however, weather conditions can change quickly due to the country’s location in the Indian Ocean.

Weather at Innahura is influenced by two monsoon seasons.

The north-east monsoon, typically running from November through to April is characterised by clear skies and sunshine galore. The Maldives experiences its best weather from February to May.

The south-west monsoon that typically occurs between May and October can bring less settled weather, but there is plenty of sunshine to be enjoyed.

Due to the size of the Maldives, its climate is also subject to conditions elsewhere in Asia, there is a great deal of weather variations among the atolls and weather forecasting apps tend to be inaccurate, especially during the south-west monsoon when the resort conditions are often much better than shown.